The Texan or Harvard (As flown by my father after shipping out from the UK to South Africa as part of the EATS) is the evolution of the North American NA-16 trainer from 1938 on which the Wirraway was based and has essentially retained the same or similar airframe, tail-plane and in the main wing and undercarriage shape and dimensions. The above combined with my interest in building all things RAAF (Following time as a RAAF cadet and volunteering at the museum at Point Cook) and having already populated an excel spreadsheet database to determine the exact unit to build. It was time to stop dreaming and do something.  Being a reluctant online shopper and unable to readily find a Wirraway kit – conversion of a 1:72 Texan was the way to go – smaller scale meant I had room to display the finished product and could hide any sins more readily.

Construction and build variations and approach

After inspecting the kit and undertaking online review of drawings and photos, along with converting a scaled drawing with dimension to I:72 (Confirming the above re similarity of shape) I realised that much more scratch building than first anticipated was required, as opposed to purchase of online preformed parts – (I get more joy out of the creation process anyway) This then led to the scratch build of the following:

This was further added to via the re-moulding of the fuselage to create the rib pattern and corrugations on the tail plans and tail fin.

I am now at the point of diminishing returns and am ready to paint – This will be done over a Humbrol Metalcote – using Life Colour acrylics – as to allow realistic weathering through to the base metal.

At the rate I am progressing – with painting, weapons, canopy, landing lights and aerials still to be added, I anticipate a finished project sometime in 2021. 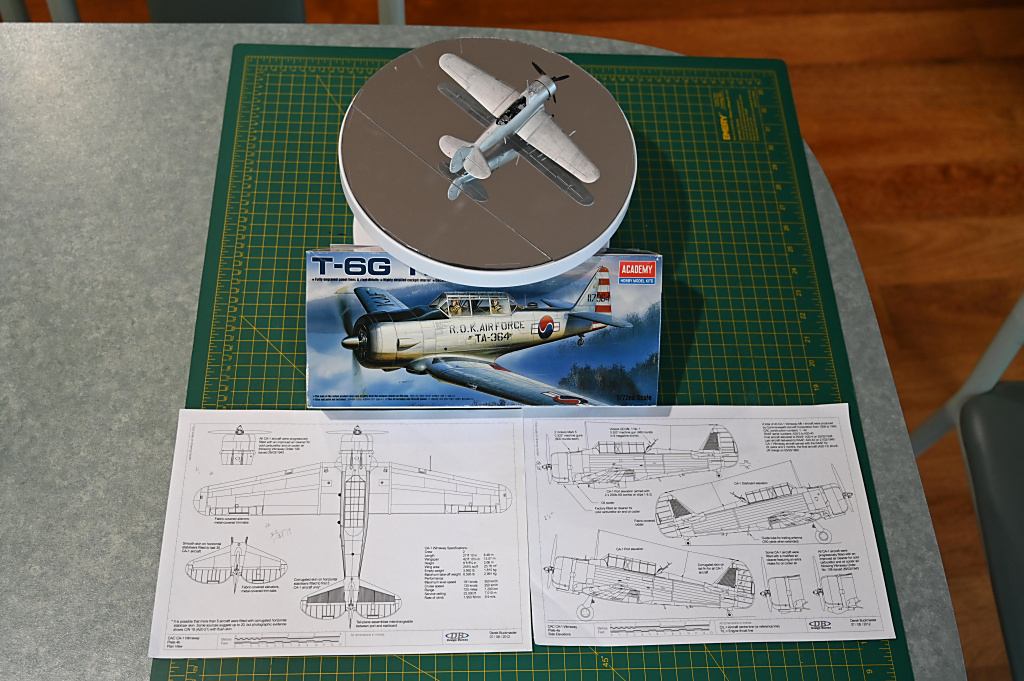