It must be at least twenty years since I built it; how such a fragile model has survived intact all this time is astounding.

It’s an Airfix 1:32 Ford 1912 Model T Runabout, boxed kit in the ‘Historic Cars’ series of the 70’s, originally a bagged kit released late 60’s. The first Airfix Model T, which it replaced, was a four-seat Tourer. This kit seems to have been based on exactly the same prototype as the 1:16 Union kit I built last year, including the same ‘incorrect’ 1914 cowl and bonnet.

Assembly took about 5-10 hours, mostly waiting for the paint to dry. No clear or plated parts – the windscreen was cut from a shirt box and the headlight lenses painted with Humbrol Polished Steel. All Humbrol paint; Brunswick Green, Yellow, Bright Red, Satin and Gloss Black, Leather, Brass and the aforesaid Steel, plus driver details. 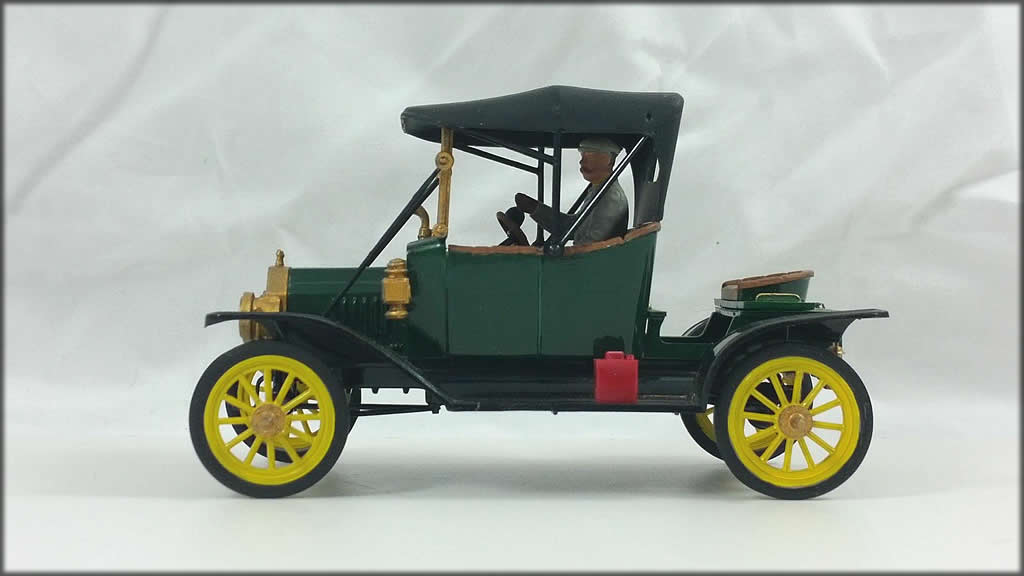