In the anime Neon Genesis Evangelion the humanity that has survived in this post-apocalyptic world now faces another dire threat to existence – that of attack from beings that would come to be known as Angels.  The Evangelion was built to fight this new enemy of mankind and is touted as the ultimate weapon system built by man.  Also known as EVA these bio-mechanical robots are piloted by 14 year old junior high school students.

This scenario appears to be controlled from the shadows by a highly secretive organisation known as SEELE where not only have they sent the Angels they have also funded the Evangelion program.  Their agenda is to manufacture human evolution and in a controlled fit of megalomania have engineered The Human Instrumentality Project which will give them the means to so.  The EVAs will also play with this scheme as well.

Evangelion Unit-00 was the first the successful prototype of these robots. It stands at 80 metres tall (the Bandai kit is non-scale but scale of model could be about 1/400).  The pilots cockpit is located just below the nap of its neck (where the red arrow points) and its pilot, the beautiful Ayanami Rei (shown in her pilots seat), controls the EVA first by synchronising with it and her instructions are sent via neural connections.

The EVAs Achilles heel is its short endurance.  Its internal battery capacity limits operational time to 5 minutes but this can be extended by plugging into an external power source via a glorified extension lead known as an umbilical cord (green arrow show its connection point).  The vinyl tubing provided for this lead in the kit was threaded with resin cored solder to add form and provided stability.

Operation Yashima would be the combat debut for EVA Unit -00.  In concert with EVA Unit-01 it would battle the fifth Angel Ramiel which took the form of a gigantic airborne blue octahedron that was armed with a high energy particle beam.  The plan was that the EVA Unit-01 would use a positron sniper rifle powered by all the electricity in Japan to blast the Angel into tiny pieces.  EVA Unit-00 was equipped with a shield fashioned from the underside of a Single-Stage To Orbit Spacecraft.  The electromagnetic coating on this shield would allow it to withstand the Angel’s particle beam for 17 seconds.

Bandai only provided the shield to be carried in the EVAs right hand whereas for accuracies sake it should have been carried in the left.  The most annoying part of the build was that the Evangelion could not be exactly posed as per some of the photographs included in the instruction sheet.

The premise for Operation Yashima is in fact lifted from the pages of samurai history and here we return to the year 1185 to the Battle of Yashima.  This battle was part of the Gempei War that would decide who would be the first shogun of Japan.  The bottom line is that here the fate of this battle was decided by the firing of a single arrow.

The Taira clan naval forces was hoping to lure the opposing Minamoto leader into the open and within range of their archers.  The lure was the challenge laid down to shoot a brightly decorated fan that has been placed on a ship’s pole or mast.  The Minamoto leader is advised that if he decides to take the shot it will be him that is the target and not the folding fan.

The samurai Nasuno Yoichi is ordered to make the shot.  He rides 30 paces into the sea and with his first arrow neatly separates the fan from the pole.  As the fan has been taken from a sacred shrine the Taira see this an omen of how the battle will turn out.

EVA Unit-01 fires the positron rifle and misses.  Whilst this rifle cools down to allow for a another shot the Angel fires its own beam weapon and EVA Unit-00 steps forward and with shield deflects the beam.  As the shield begins to melt a second shot is got off, the Angel Ramiel is hit and goes down in a flaming heap like the Hindenburg.  Exciting stuff. 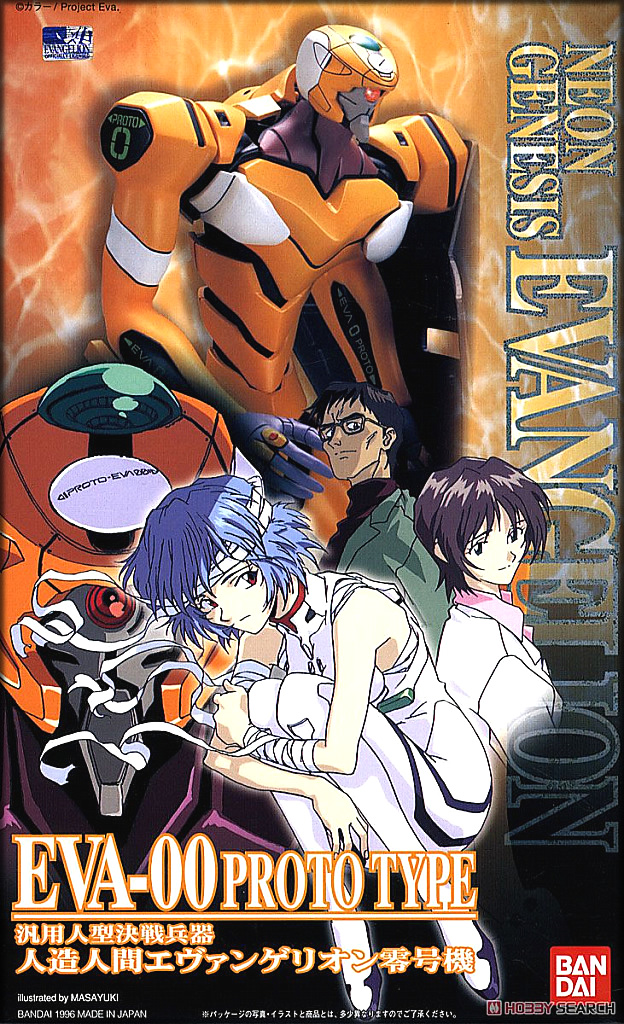