Comments
Gunnar purchased this model as a partly built kit, from a friend, as part of a number of other partly built models.

The Keel & Ribbing had been covered in planking to a degree, however, Gunnar decided to rebuild from scratch, only re-using the original keel & ribbing.

The remainder of the ship was scratch-built from a collection of plans, drawings, and reference materials.

This build continued over many years, at varied construction paces, in between “life” and other modelling commissions.

Gunnar has since given this ship away, to another friend, as an 80th birthday present. 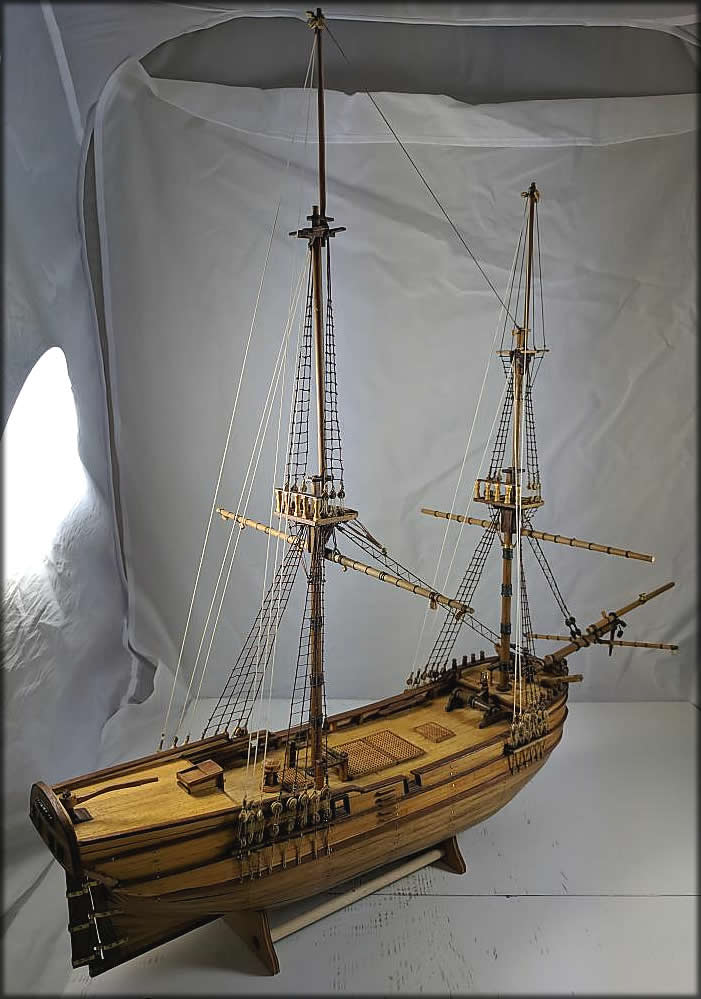