It’s supposed to be an autonomous (ie AI piloted) craft, comes with 2 color schemes of which the flashier blue/grey version apparently had a pilot in the show, being the lazy person I am I choose the generic black/grey version so that I can ignore the pilot figure.

It’s a snapfit kit per usual from Bandai, with separate parts for *most* of the color variations meaning panting is relatively easy – just spray each group 1 color. I know bandai his this reputation for superior engineering though it isn’t the most precise of their kits, with plenty of gaps/sinkmarks/mis-aligned parts due to lack of margins in the design, which for me is rather annoying, and I didn’t bother correcting them all but I had to use glue at places just so they stay down better.

The decal is also below average as you can see from the photos being extremely thick on the carrier film side for prints that’s not that opaque.  Well at least they are not stickers. 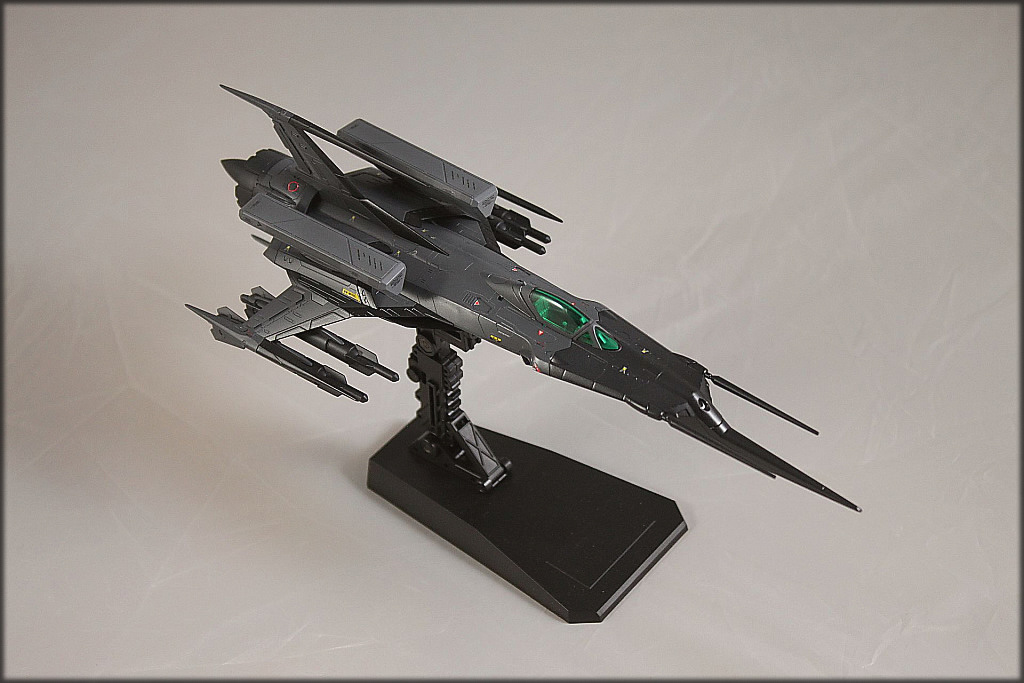