Trainer (2 seater) version. Engine and wing root not a good fit,
Other brands have better joints.
Kit comes with US, Canadian and Australian decals. 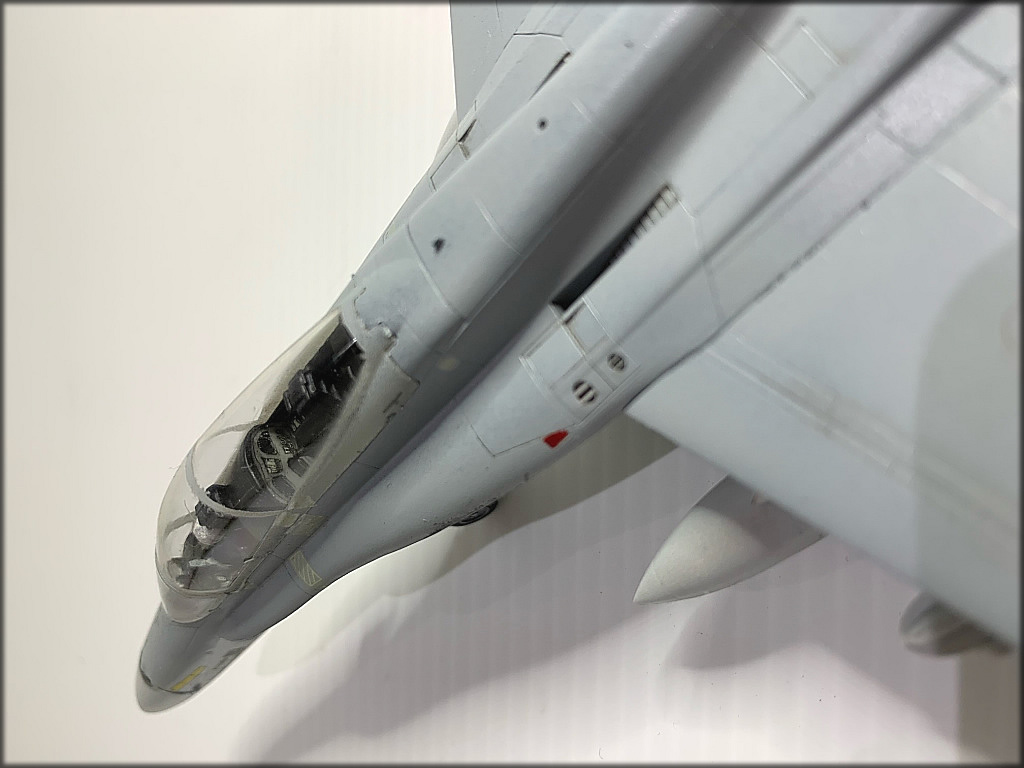 Originally, plans were to acquire a total of 780 aircraft of three variants: the single-seat F-18A fighter and A-18A attack aircraft, differing only in avionics, and the dual-seat TF-18A, which retained full mission capability of the F-18 with a reduced fuel load. Following improvements in avionics and multifunction displays, and a redesign of external stores stations, the A-18A and F-18A were able to be combined into one aircraft. Starting in 1980, the aircraft began to be referred to as the F/A-18A, and the designation was officially announced on 1 April 1984. The TF-18A was redesignated F/A-18B.